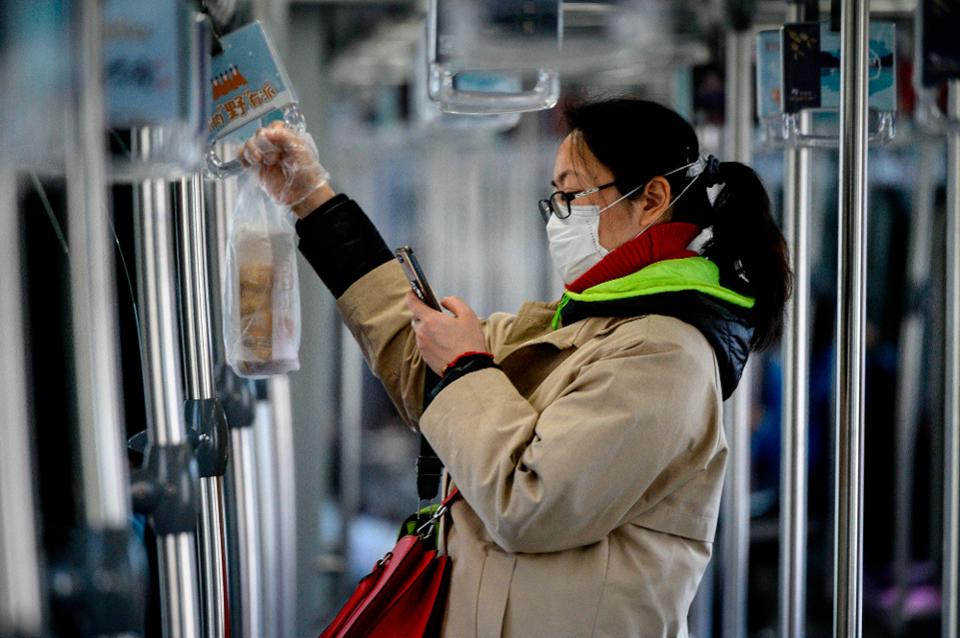 Last week, China was urged to get back to work by its leaders. But have they really gone back? The quick answer is no. China remains on lockdown.

The coronavirus has no end in sight. With over 2,100 dead and nearly 76,000 cases, mostly all of them in the epicenter province of Hubei, the only positive that can be gleaned from this is that Hubei remains the hub of the outbreak, and the People’s Bank of China is keeping equity investors happy. That’s it.

A second hospital in Beijing reported new patients with the new coronavirus infection on Thursday. Five people have died because of respiratory problems associated with the disease there. Although that’s a small number of the roughly 350 cases in a city of 20.4 million people, the fear factor has kept many Beijing businesses closed and people at home.

China’s manufacturing base is facing an entirely new problem. It used to be that the trade war was their biggest worry. Today, the coronavirus has taken everyone by surprise.

Australian company B&R Enclosures, which makes units for protecting industrial equipment, told the South China Morning Post today that the public health emergency has cut it off from their suppliers. Only 15% of their workforce has returned since the Lunar New Year holiday break ended some two weeks ago, B&R China general manager Marko Dimitrijevic told the Hong Kong newspaper.

“All supply chains are having trouble, it’s very serious,” he said. “Even if we declare force majeure we will not be delivering and that means many of us will risk losing our customers. For many companies, this could mean bankruptcy.”

Metro traffic is down nearly 90% in Shanghai since where it was a year ago at this time. Coal fired power plants are not firing on all four cylinders, let alone on all eight. China’s economy is on pause.

Lockdowns, roadblocks, travel bans, and restrictions on the re-opening of factories, offices and shops, coupled with the fact that many migrant workers still find themselves stuck in their hometowns, has investors reassessing China.

“I think we are all hopeful that the data from China is accurate and that the number of infections isn’t increasing exponentially,” says Tim Barron, chief investment officer for Segal Marco Advisors in Chicago. “If it stays fairly linear, then a global pandemic is avoided. If I start seeing these numbers getting worse, then its all hands on deck and I’d be concerned about what countries in Asia have the ability to protect public health and protect their (securities) market,” he says about emerging market Asia central banks doing what the People’s Bank of China has been doing for the past two weeks.

Nomura Securities in Hong Kong started putting out daily high-frequency data this week, tracking the rate of businesses returning to work. They use the Baidu Migration Index for tracking the “return rate” of workers after the Lunar New Year and traffic flows for railroads and subways in major cosmopolitan areas.

Other economic indicators, like home sales and the amount of coal being burned to generate electricity, also provide daily evidence of how the Chinese economy is moving during this public health emergency.

Nomura is struggling to find good news in the data.

For now, the main positives are that new infections outside of Hubei province fell to 56 on February 18 from 79 on February 17, marking 15 consecutive daily declines. The outbreak is still contained there, though South Korea is now on red alert, and Japan is worrisome. Iran also has at least two cases of the virus reported this week. The U.S. still has 15 cases and no deaths.

Hubei is still the worst hit, by every indicator. Hubei accounts for around 4% of China’s GDP.

“We will consider selling out of China if economic fundamentals deteriorate,” says Owens Huang, senior researcher at Dalton Investments in Santa Monica.

That moment may be coming.

This is not China’s first major outbreak. The SARS outbreak lasted 8-months, ending around July 2003. The last known case of SARS was in 2004.

If Covid-19 lasts as long as SARS, that would keep the outbreak in the headlines until August, drastically impacting global supply chains and prolonging the V-shape recovery that has become market consensus on a Chinese economy still very much on lockdown.

The Truth About Mobile Technology