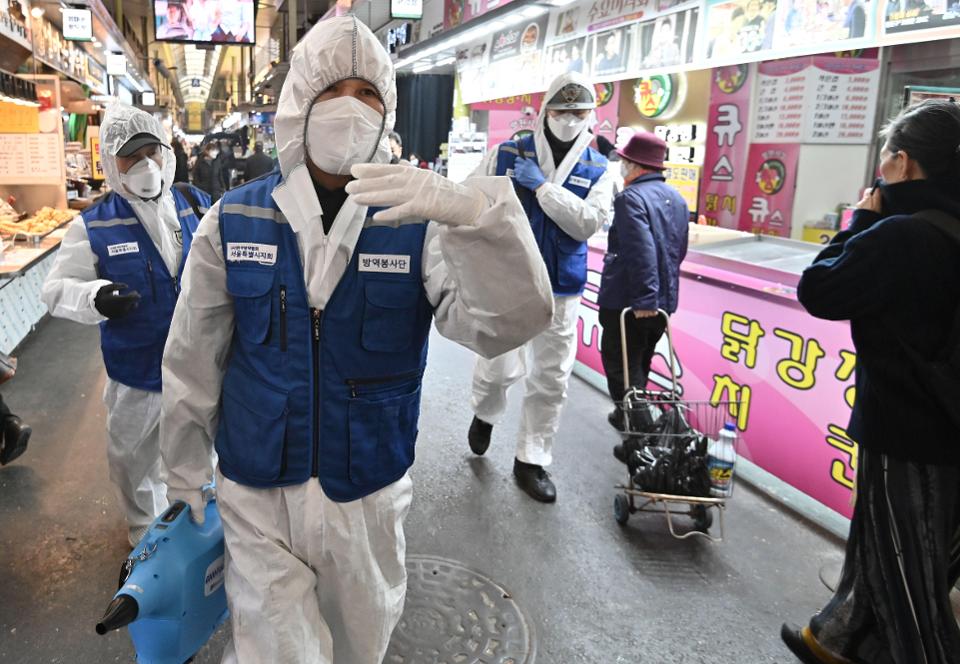 The coronavirus, now called COVID-19, is forcing some South Korean companies to suspend or scale down operations as the illness threatens to spread from Daegu to other business hubs throughout the country.

As the number of cases soared above 800 and 7 people were reported already to have died, some of the biggest and best known South Korean firms acted swiftly to make sure they and their legions of workers avoided the illness for which there is so far no sure cure.

Samsung Electronics, which accounts for at least 20% of the country’s gross domestic product, had to shut down its plant at Gumi, about 30 miles north of Daegu, for the majority of one day while the facilities were sprayed with disinfectant. Why? One employee had been stricken with the illness.Today In: Asia

Samsung’s actions follow those of rival SK Hynix, which had to temporarily shut off about 800 workers from the outside world at a plant 50 miles south of Seoul after learning that a single new employee had come into contact with someone who had the virus. SK Hynix ranks a distant second to Samsung Electronics as Korea’s leading manufacturer of semiconductors.

The story was the same at GS Caltex, a major oil refiner. Upon learning that one of its workers might have encountered someone with the virus, the company halted operations at its research center at Daejeon, midway between Daegu and Seoul. The employee was found to be fine later, but just to be safe that entire facility was also disinfected.

The titans of the Korean economy as well as small and medium-sized companies and shops reviewed what to do in an emergency as the virus flared in and around Daegu, Korea’s fourth-largest city and an important industrial center about 170 miles southeast of Seoul. Daegu’s 2.4 million residents were told to stay mostly indoors.

The battle to contain the spread of the virus was enough for President Moon Jae-in to place the country on the highest alert level, warning the next few days would be critical and calling for “unprecedented powerful measures.”

There was, said Kim Gang-lip, vice health and welfare minister, “a high possibility that COVID-19 could spread nationwide” if efforts to stop it now prove to be unsuccessful. It was at this stage, he said, that the threat of a “nationwide spread is very worrisome.”

One sign of the concern was that airlines announced plans to halt most of their flights in and out of Daegu, further isolating a city that already bore the appearance of a ghost town with empty street and shuttered shops.

Adding to the sense of crisis, 15 countries placed restrictions on entry by Koreans. Five of them, led by Israel, also including Bahrain, Jordan, Kiribati, Samoa and American Samoa barred passengers from Korea altogether.

Israel tuned back 180 people on a Korean Air Flight, admitting only 10 passengers with Israeli passports, after a group of 30 Korean Catholics came down with symptoms of the virus after returning from a visit to the birthplace of Christianity in the portion of the Holy Land governed by Israel.

How To Use Business Financing To Turn Money Into Time

How Does A Pipeline Of New Treatments For Mental Health Combat...