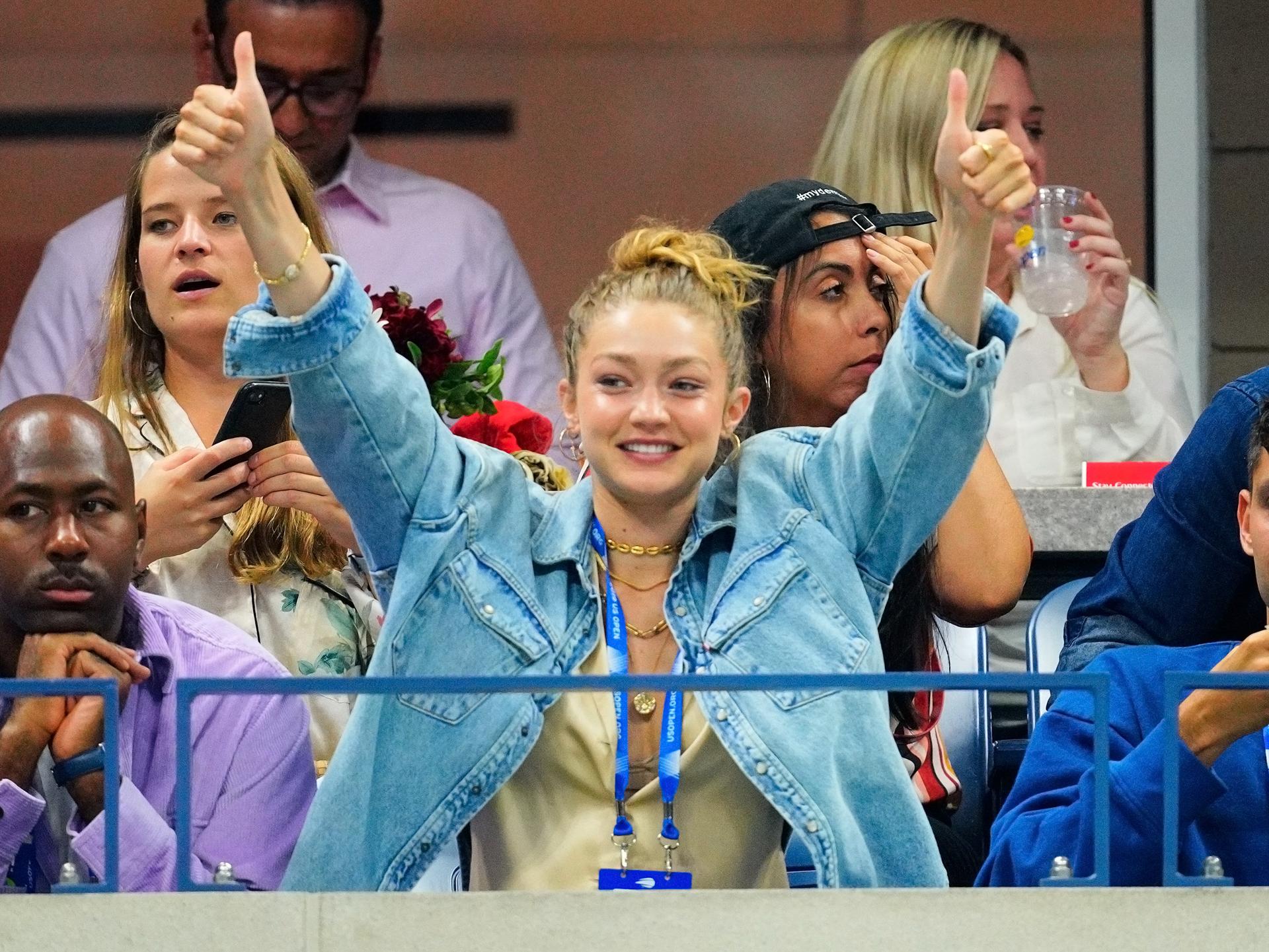 Wimbledon may have all of those princes and princesses, dukes and duchesses, but the U.S. Open is played in Queens—and every year the stands fill up with celebrity royalty.

In the opening week of the final Grand Slam of the season, stars from sports, movies, television, modeling and other galaxies came to the USTA Billie Jean King National Tennis Center to see which of the Big Three will take home the men’s title. (Roger Federer, Rafael Nadal and Novak Djokovic have won the last 11 majors and an astonishing 54 out of 65 since Wimbledon in 2003.) And all three champions looked invincible in their opening round matches.

On the women’s side, Serena Williams remains the queen of Queens to fans—model Gigi Hadid came out to watch her play a second-round match—but a new generation of players, including Coco Gauff and defending champion Naomi Osaka, also fired up the New York crowd.

Among the celebrities who came out for the tournament’s opening night gala were Hilaria and Alec Baldwin, Spike Lee, Katie Couric, Rita Moreno, and Robin Roberts. Entertaining the crowd on Monday were Tony Award-winner Ben Platt (Dear Evan Hansen) and Ali Stroker, who won a Tony this year for Oklahoma!, sang the national anthem.

Athletes from other sports regularly make a pilgrimage to Flushing Meadows to see the Open. This year, Mike Tyson attended the opening night gala as did former Olympic gymnasts Nadia Comaneci and Bart Conner.

Kobe Bryant came to watch Osaka and Gauff win their respective second-round matches, setting up their clash in the third round of the Open. The 41-year-old Bryant knows a thing or two about being a young sports phenom—he joined the NBA at 18, straight out of high school. The future Hall of Famer also confessed to being “addicted” to tennis now that he is retired.

Also seen in Osaka’s box during her match was former San Francisco 49ers quarterback Colin Kaepernick, who received a lot of love when he was spotted by the Open crowd—many of whom stood for him.

There was also plenty of musical royalty at the Open’s early rounds. Gladys Knight, the Empress of Soul, attended the tournament’s opening day, and a queen even made her way to Queens to watch some tennis—Queen Latifah cheered on Novak Djokovic.

But no matter how many stars shine brightly in the stands, it’s what happens on the court—not courtside—that matters most at the US Open. And all of those in attendance, celebrity and civilian alike, are there to see who will take home the 2019 championships.

Stop Using The Coronavirus As An Excuse To Be Racist

Robin - March 5, 2020
0
The coronavirus has been the topic of global conversation for the last month, causing mass hysteria and worldwide panic. Stores have been unable to keep protective...

Here Are Seven Interesting Startups That Deliver Lifestyle Gains In The...