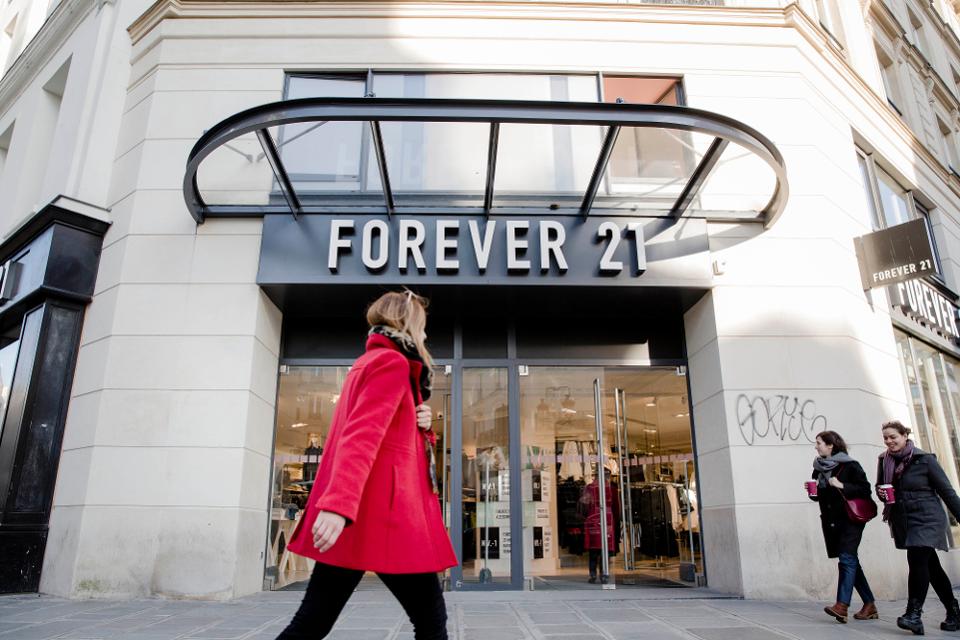 Forever 21, a teen apparel retailer that expanded aggressively into malls across America as others pulled back, filed for bankruptcy on Sunday evening.

The retailer ended months of speculation about the state of its business by announcing that it is seeking bankruptcy protection under Chapter 11. Forever 21 will look to close up to 178 stores in the U.S. as part of the restructuring, according to a statement from the company. It will also shutter most of its locations in Asia and Europe. It currently has roughly 800 stores worldwide.

“This was an important and necessary step to secure the future of our company, which will enable us to reorganize our business and reposition Forever 21,” said Linda Chang, executive vice president and one of the founders’ daughters, in a statement.

To continue funding operations during the restructuring, Forever 21 has secured $350 million in financing, which includes $275 million from its existing lender, JPMorgan Chase. It has also obtained $75 million in new capital from TPG Sixth Street Partners and its affiliates.

The bankruptcy filing marks a sharp reversal in fortune for the fast-fashion giant, which was started in 1984 by a husband-and-wife team who immigrated from South Korea and became a destination for fashion-forward merchandise at bargain basement prices. However, in recent years, sales have slumped as mall traffic declined and young shoppers have gravitated toward online retailers like Asos and Fashion Nova. To make matters worse, the company is saddled with a sprawling brick-and-mortar footprint it can no longer afford after years of over-expansion.

Founders Do Won and Jin Sook Chang, who have maintained 99% ownership in the company, were dropped from Forbes’ billionaires list earlier this year as the retailer hit a rough patch. Ahead of the bankruptcy filing, Forbes estimated their net worth had fallen to a combined $600 million—a figure which was likely high, but represented a precipitous decline for a couple who were once worth billions. At their 2015 peak, the Changs had a combined net worth of $5.9 billion and were celebrated as an embodiment of the American Dream.

The Changs started the company three years after arriving in Los Angeles with little more than a high school education. Do Won worked as a dishwasher at a local coffee shop, then supplemented his minimum wage income by taking a gig at a gas station and starting an office cleaning business. Jin Sook worked as a hairdresser. After squirreling away $11,000 in three years, they opened a 900-square-foot apparel store called Fashion 21. In the first year, sales reached $700,000. They began opening a store every six months and eventually changed the name to Forever 21.

“I came here with almost nothing,” Chang told Forbes for a cover story in 2016. “I’ll always have a grateful heart toward America for the opportunities that it’s provided me.”

In the last decade, Forever 21 aggressively expanded its store count, at a time when many retailers sought to shrink their mall presence. The company had ambitions of becoming a new kind of department store where the entire family could shop and targeted giant, multi-level spaces. Its store count swelled from 500 stores in 2010 to 600 in 2014 to 800 in 2018. A large part of this growth came from international expansion as it opened its doors in over 40 countries. In a sign of the company’s confidence, it typically signed ten-year leases, according to a person familiar with the matter.

The retailer is now seeking to shutter over 100 underperforming stores in the U.S., plus wind down unprofitable international locations. Its current rent which total $450 million a year, according to court documents—have became untenable as foot traffic has declined and sales have slumped. In 2018, the company posted a loss of $74 million in earnings before interest, tax, depreciation and amortization on revenue of $3.4 billion.

“Forever 21 is a story about family and the ‘American Dream,’” wrote Jonathan Goulding, a managing director at Alvarez & Marsal who has been appointed the company’s chief restructuring officer, in court documents. “Forever 21 intends to use these proceedings to remain viable and write a different ending from so many retail companies before it.”

Forever 21 joins a host of other mall-based teen retailers, including Charlotte Russe, Aeropostale and Wet Seal, which have declared bankruptcy in recent years.

How To Use Business Financing To Turn Money Into Time