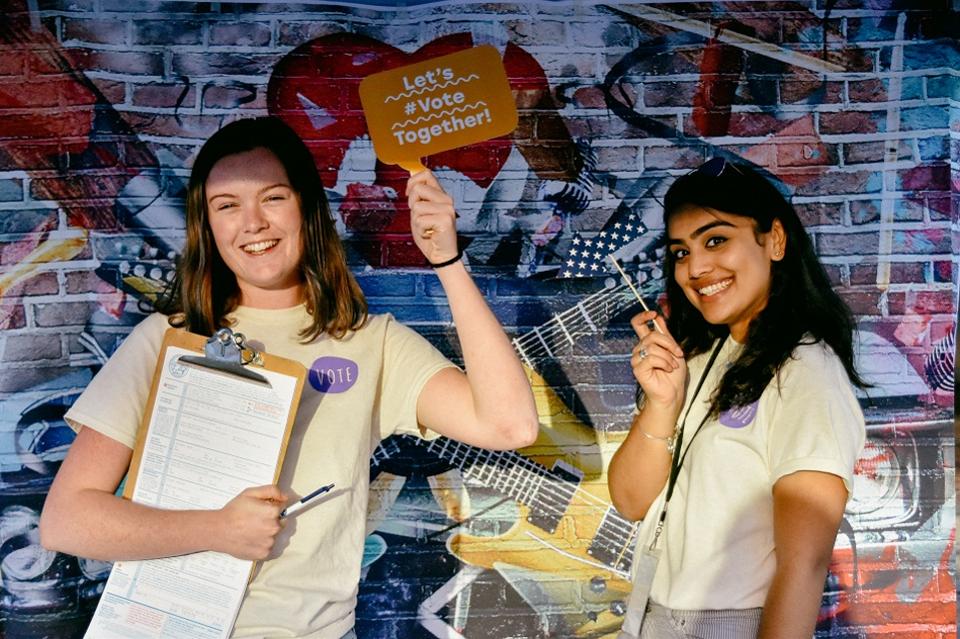 Despite being a full-time political researcher and activist, Charlotte—one of this article’s co-authors—can’t remember where she first registered to vote. Maybe it was at the DMV when she renewed her license; maybe it was at a registration drive on her college campus. In all likelihood, it was both. Like many young Americans, she needed to update her registration countless times during her late teens and early twenties, each time she moved from one dorm or apartment to the next. On several occasions, this re-registration requirement resulted in her simply not voting at all; casting a ballot in a municipal election just wasn’t worth braving the DMV line.

Jake—the other co-author of this piece—remembers registering more clearly. It happened while he was still in high school, well before he turned 18. That’s because Jake grew up in San Francisco, which has a “pre-registration” program in place that helps high school students register before they officially reach voting age. Once they turn 18, these pre-registered students are automatically added to the voter rolls. (This program is now available online throughout California.)

Despite how easy it was to initially register, however, Jake faced the same problem as Charlotte: every time he moved, he had to change his registration. The whole process felt unnecessarily complicated and time-consuming.

Our shared struggle to stay on the voter rolls is not unique—it’s part of a broader problem with how Americans vote. In more than a dozen states across the US, the process of registering to vote is so complicated that many people simply forego voting altogether. This bureaucratic hurdle regularly keeps millions of Americans from exercising their right to hold government accountable. It doesn’t have to be this way.

As it stands, registering to vote is especially difficult for young people.

Young people like us are far more likely than our older counterparts to relocate for new jobs or school—and every time we do, we have to update our registration. The problem is even worse for young people struggling to find stable jobs or housing, both of which make it harder to stay in the same voting jurisdiction. We also have less experience navigating complicated government bureaucracy. And because we grew up in the digital age, we’re worse at sending snail mail, a key part of the voting process in the 13 states without online voter registration.

Given these barriers, it’s little wonder that only 31 percent of young, eligible voters actually cast a ballot in the 2018 midterms, or that people under 30 cite lack of registration as the number one issue keeping them from voting.

Our new research points to a simple solution that would boost youth voting rates: let people register to vote at the same time that they cast their ballot. Same-day registration, or SDR, could boost turnout among 18-24-year-olds by as much as 10 percentage points—a potential difference of millions of votes.

If SDR were implemented nationally, we predict that the overall electorate would become substantially younger. It would also likely become more racially diverse, given that Black, Asian, and Latino Americans are overrepresented in younger generations and move more frequently than non-Hispanic Whites.

SDR is so effective because it eliminates the barrier posed by our arcane system of registration. Voters no longer have to make two trips—one to sign up to vote, another to actually cast a ballot. Instead, they can simply go to the polls on Election Day, and if they happen to need to register, they can do so right before entering the voting booth. This just makes sense.

Of course, in an ideal world we would all anticipate an upcoming election and get registered with plenty of time to spare. But in real life, people don’t give much thought to voting until elections are right around the corner—at which point, in many states, it’s too late to register. SDR ensures that no matter how late in the game a person decides they want to vote, they have the opportunity to cast their ballot.

Fortunately, SDR laws are catching on. Since Maine first passed SDR in 1973, similar policies have been adopted by 18 additional states, plus Washington, D.C. In 2012, nearly 10 percent of voters used SDR to cast their ballot.

Some may be concerned that same-day registration could facilitate voter fraud, if election officials don’t have enough time to spot inaccuracies in a person’s registration paperwork before processing their ballot. Fortunately, states can avoid this problem by adopting a policy that counts a new registrant’s ballot only after that their registration details have been verified. So-called “conditional voter registration” is already used in California, a huge state with an infinitesimally small rate of voter fraud. Other states can certainly follow suit.

At this time, more than half of U.S. states have yet to implement same-day registration. With the 2020 election rapidly approaching, now is the time to get SDR laws on the books.

Charlotte Hill and Jake Grumbach are members of the Scholars Strategy Network (SSN), an organization of university-based scholars committed to using research to improve policy and strengthen democracy. Read more in Grumbach’s 2-page SSN Brief, “Why Today’s Policy Action is Mostly at the State Level,” and in Grumbach and Hill’s New York Times op-ed, “An Excitingly Simple Solution to Youth Turnout for the Primaries and Beyond.” More than 500 colleges and universities currently participate in the ALL IN Campus Democracy Challenge. Learn more about the Challenge and donate to advance our work here.

Read more articles from contributors to gain insights on how Civic Nation initiatives and the work of its partners are empowering people to agents of change and activate people to organize in their communities.

Robin - July 22, 2019
0
I recently spoke at the Social Enterprise Conference in Birmingham. One of the positive messages that were highlighted at this tw0-day event...