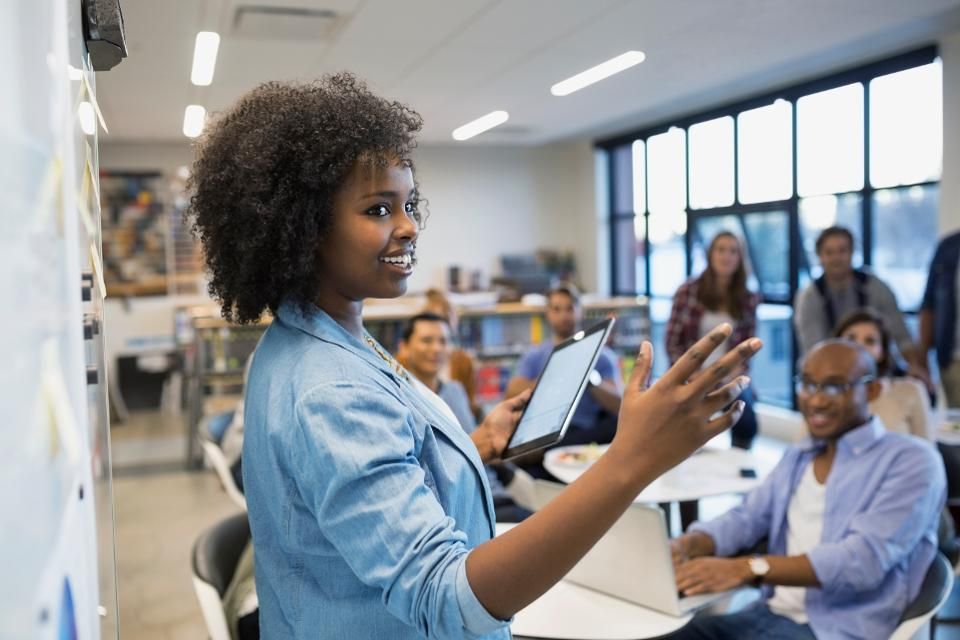 What comes to mind when you think of gladiators?

You might recall the fierce combatants whose violent battles were entertainment in Ancient Rome. Or you may think of people throughout history who fought for what they believed in with courage, strength and resilience – those who entered the arena and refused to give up.

The TV show Scandal’s Olivia Pope made gladiators famous more recently with her small but mighty band of fixers. They were “gladiators in suits” who were willing to step into the arena and fight beside her, no matter the challenge. One character explained, “Gladiators don’t run. They fight. They slay dragons. They wipe up the blood and stitch up their wounds and they live to fight another day.” They were willing to do anything for Ms. Pope.

When running a business, you need gladiators. Not the nefarious or violent kind, but those who believe in you, your vision and your company’s mission.

I became a “sudden” CEO of my company shortly after my mother’s passing. I felt overwhelmed, scared and completely unprepared for the role. Over the last 10 years, I’ve faced many opponents, from battling my own self-doubts to figuring out how to keep the lights on. I’ve been battered and bruised from some bouts, but I wasn’t in the arena alone. I had gladiators – employees, advisors and friends – armed with loyalty, trust and wisdom.

At a time when I was still reeling from grief, the revenue wasn’t there and I wasn’t sure I could continue the business, they stood with me. They encouraged, supported and guided me and made it clear that they believed in our work.

Key Characteristics of a Gladiator

There may be moments where you stumble and make the wrong decision. A true gladiator does not condemn or walk away. They protect you when you’re down and give you space to get back on your feet.

In my case, one employee went from being my supervisor to being my direct report. But she did not hesitate, judge or resist. Instead, she mentored me into the role with grace and patience, letting me make some mistakes and supporting me while I found my footing. Her loyalty was unwavering.

After I became CEO, I did my best to shelter my employees from the challenges the company was facing, fearing their scrutiny and criticism. But when I let a few senior employees know what was happening, I was surprised and honored to see how they rolled up their sleeves to help. They vowed their support and stuck with me, sometimes working into the wee hours of the night. They trusted me to lead them, and I trusted them to be by my side.

When I assumed leadership, there was an advisory board that my mother had put in place to help guide me. It was extremely valuable during my transition, but as I grew as a CEO, I realized I had to seek out my own mentors and advisors. Some were introduced to me because they had skills and expertise I valued. Others I found on my own because they were successful business owners I admired. Everyone I approached wanted to help and share their wisdom.

How To Find Your Gladiators

While my battle may look different from yours, you’re in the arena all the same. You have to be courageous, observant and proactive to find your gladiators.

Be courageous enough to admit you don’t know it all. Share those things that keep you up at night – even, or especially, when it’s not pretty. In the words of researcher and author Brené Brown, “Vulnerability sounds like truth and feels like courage.”

My mom advised me to surround myself with people who are smarter than I am, those with complementary skills and abilities to fill in the gaps. Have the courage to seek out someone who may know something you don’t.

It’s likely some of your gladiators are already in the arena with you, and you just need to recognize them. Stop running around in crisis mode and look around. They may be at the contract level, the executive level or anywhere in between. They are the people who stay late and come in early, who pull you aside when you are off course and who offer solutions instead of complaints.

You may want to find gladiators from outside your circle who can become your mentors. They can identify certain challenges and provide critical guidance before you make the wrong move.

Do some research, and identify who is doing well at what you want to do. Contact them and request an informational meeting. If during the discussion, you sense that you have a connection, ask them if they’d be willing to support you as a mentor. You may be surprised how many will try to make themselves available for you in some way.

There are days when I feel like I have gone through battle – and you may too. But if you have the courage to acknowledge where your weaknesses are and where you need help, you will find your gladiators. Then you will be in the arena with people who have your back. They won’t run. They’ll rise and fight with and for you. They are your gladiators.

Original source: https://www.forbes.com/sites/forbesagencycouncil/2019/11/13/why-you-need-gladiators-in-business-and-how-to-identify-them/#61344b1b2c11
When running a business, you need gladiators. Not the nefarious or violent kind, but those who believe in you, your vision and your company’s mission.

Robin - March 13, 2020
0
Topline: The World Health Organization on Wednesday declared Covid-19 a global pandemic, sending a message to world leaders that the coronavirus is a fast-moving...

Here Are Seven Interesting Startups That Deliver Lifestyle Gains In The...