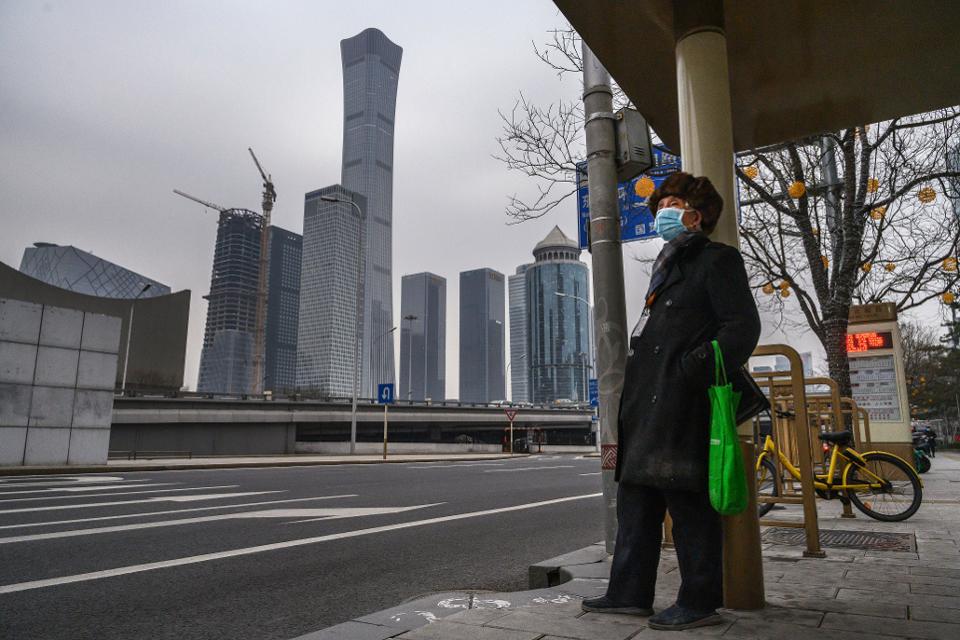 Throughout history, when markets merge, when cultures come together, when technology is shared and commerce commenced, disease spreads. The same roads and corridors that allow for the flow of goods are also thoroughfares for pathogens. We’ve seen this story play out time and again along the ancient Silk Road—and it’s still happening today with the coronavirus.

“One of the most important patterns in history is paying attention to the intensity and velocity of exchange. It stands to reason that the more we interact with each other, the greater the economic transactions, but the human experience is about a lot more than buying and selling,” says Peter Frankopan, a professor of global history at Oxford University and the author of The Silk Roads: A New History of the World. “But just like with concrete transactions or the exchange of ideas, the way our ancestors traveled spread other things, too, like disease.”

Frankopan explains that major pandemics of the past, such as the Justinianic plague, the Black Death, and even the East Asian flus of the 1950s and 60s, SARS and MERS, “provide crucial examples of how people moving for trade, pleasure, pilgrimage or to see their families in the past have spread pathogens that re-shaped history.”

The intensity and velocity of such exchanges are now at an all-time high—a fact that was emphasized in a model of the potential spread of Covid-19 by the Johns Hopkins Center for Health Security. According to their model, a disease similar to Covid-19 could spread throughout the entire world in a mere six months and kill upwards of 65 million people in a year and a half.

The Covid-19 outbreak first emerged in the central Chinese city of Wuhan, a place that hardly 20 years ago was a backwater—a conglomeration of three ancient towns that had little to do with the metropolises of the east coast that were starting to boom. Fast forward through the early 2000s, where China’s “Go West” policy saw massive amounts of infrastructure and industrial development in interior cities, to today and Wuhan is an economic powerhouse—a well-connected epicenter for manufacturing and logistics with a gross domestic product that’s on par with Greece, which some have dubbed the “Chicago of China.” So when Covid-19 broke out, the possibilities of containment were unlikely from the start.

Compared to the current Covid-19 outbreak, China was relatively successful at containing SARS because the epidemic hit at a time when the country’s transport infrastructure and international integration were in their infancy. In those days, it was possible to put up a proverbial wall around a city and hope to keep an epidemic contained. SARS infected around 8,000 people globally and killed less than 800. Meanwhile, as of Friday, Covid-19 has infected more than 80,000, including over 2,800 deaths.

Those days for China are long gone. When the country was in the middle of its battle against SARS in 2003, the country’s economy was 8.4 times smaller than it is today and its international exports were three-fold less. Not only that, but Chinese companies and people are now global to an extent that was almost unimaginable 17 years ago during SARS. Chinese workers were not traveling to the extent that they are today. Today, Chinese companies have gone global, bringing their workforces and supply chains with them. With rising disposable income, the Chinese have become the largest demographic for international tourism in the world, making more than 143 million trips abroad each year—with 18 times the number of Chinese travelers visiting the United States alone than during the days of SARS.

According to the New York Times, the coronavirus has been spread to 47 countries, “most involving people who traveled from China, where the outbreak originated.” As of Friday, according to the Chinese National Immigration Agency, more than 133 countries have initiated restrictions on the entry of people from China and those who have recently visited the country.

“In today’s world, where we are all tied together by transportation networks, there is no place to hide,” notes Frankopan. “That is what makes Covid-19 so scary.”

Since 2013, via the Belt and Road Initiative (BRI), the internationalization of Chinese companies and people have been in overdrive. With an entire network of proposed land and sea-based economic corridors, the BRI now has partnerships with 137 countries and is facilitating the flow of products, materials and people from China around the world.

Laurie Garrett, the former senior fellow for global health at the Council on Foreign Relations, wrote for Foreign Policy that through “making the Belt and Road Initiative endeavor—a multitrillion-dollar program to expand Chinese trade and infrastructure around the world—the centerpiece of his foreign and economic policy, Xi [Jinping] made it possible for a local disease to become a global menace.”

However, this global menace seems to have been halted in its tracks, as much of the Belt and Road has been shut down since the beginning of the coronavirus outbreak. Work has stopped along the China-Pakistan Economic Corridor, Cambodia’s Sihanoukville Special Economic Zone has come to a standstill, the Payra coal power plant in Bangladesh has been delayed and projects across Indonesia, Malaysia and Myanmar have been stuck in holding patterns.

“From the hundreds of businesses that I have spoken to over the past few weeks, supply chains have been the biggest disruption,” says Mark Tanner, the founder of the Shanghai-based consumer research firm China Skinny. “This has impacted getting products manufactured, imports into China and even e-commerce deliveries, which are held up in warehouses and in transit.”

As cities across China shut down, factories sit idle, disrupting supply chains around the world that have grown dependent on China for getting what they need for business. This has had a knee-jerk impact throughout the Belt and Road, where major projects have been delayed because they simply can’t get the supplies they need out of China. The Jakarta to Bandung high-speed railway in Indonesia, for example, depends on China for half of their construction materials, which are not going to be delivered anytime soon.

But the biggest impact on the Belt and Road has been the fact that thousands of Chinese workers have either been stuck in China, unable to return to work after they went home for Spring Festival, or stuck in quarantine. Construction of the Jakarta-Bandung high-speed railway and the building of a 510-megawatt dam in the Batang Toru rainforest in Indonesia have ground to a halt as their Chinese workers have been unable to get around a ban on flights from China. While the nickel and cobalt projects of Tsingshan Holding Group, GEM Co. Ltd. and Zhejiang Huayou Cobalt—worth a combined $11 billion—have been disrupted due to the coronavirus.

The real impact from these delays are now becoming known. It is now feared that the Batang Toru dam could miss its scheduled completion date, Bank Indonesia predicted that Covid-19 could shave 0.1% off Indonesia’s GDP this year, and Indonesia’s Ministry of Tourism estimates a loss of $4 billion of revenue due to the decline in visitors from China.

While the Belt and Road has been put on hold indefinitely due to the outbreak and proliferation of Covid-19, we shouldn’t, at this time, view this as anything other than a short-term upheaval. Foreign firms will not start looking for alternative supply chains, this will not be a reason why companies leave China and key BRI projects will not go under because of these delays. The occasional epidemic here and there is simply something that the Silk Road—ancient and new—has always had to contend with.

“Examples from the past rely on different contexts, have different explanations and different outcomes,” notes Frankopan, “but the fundamentals remain the same: the more we travel, the more we trade, the more we interact, the more liable we are to vulnerabilities. So in the modern world, the speed at which we communicate, move around and relate to each other can suddenly turn into an Achilles’ heel—just as it has done in the past.”

The moral of the story is that, like in the days of the ancient Silk Road, we’re all quarantined on the same planet together. Bird flu, SARS, swine flu and Covid-19 are not aberrations from the pattern of human history, but are just what happens when people come together in the name of commerce, cooperation and the sharing of ideas.

“The good news is that our inter-connectivity means we can also share information quickly and effectively,” Frankopan says, “and hopefully that means global solutions are quicker to deliver if everyone’s minds are focused on solving the same problem.”

Robin - September 24, 2019
0
At my company, we strive to provide a superior customer experience. In other words, we try to close deals every day in...

How Can A Liberal Arts Degree Lead To Financial Success?