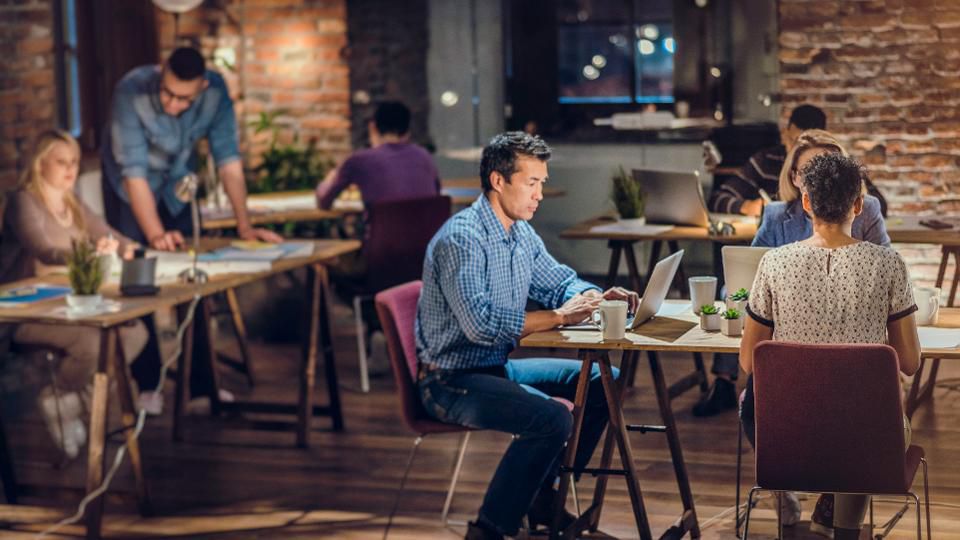 Startups are supposed to be the bastions of innovation, driving new ways of doing and better ways of being. Yet, most of them fail, as we have heard time and time again. Aren’t these companies supposed to be operating at the cutting edge? Why are they failing if what they do is better, faster, stronger?

Ask founders what happened with their failed startups and they will often say they ran out of money, they grew too slow, or perhaps too fast.

I am convinced that in the beginning no one really knows what the right pace of growth is for a business until after that growth has happened. There are too many factors to consider.

I am a former founder, but I am currently working at a venture fund investing in early-stage companies. There is one reoccurring pattern I notice that seems to cause companies to fizzle out. All the explanations are simply manifestations of this issue: lack of adoption.

Sounds obvious, I know. That’s because it is. This is not new. We all know that in the end this is what matters. The biggest driver of the adoption issue is that there is no true market for what the company provides.

Why is there no market? Is it a matter of silo-mentality of the founding team, timing? If something is so much better, why don’t we all use it? Or is something else going on?

The answer is not something nefarious — it just happens to be the one thing many technology companies always forget. At the end of the day, there is a person using your product. Because there is a person involved, there are human factors that drive adoption.

Stating the obvious again, people are creatures of habit. We like routines. Commuting to work, we often pick up a coffee from a specific place — something some of us repeat for years. It’s the same with technology products: Even though a “better” product may exist, many of us already have the habit of using the previous one. One that we’re comfortable with.

There is no reason to change if something already works. The aged quote “if it ain’t broke, don’t fix it” comes to mind. It may sound funny, but companies like Microsoft had to start forcing people to update the software on their computers, because otherwise, many would still be running the original version that came with their computer — no security patches or bug fixes wanted!

Because it works just fine for them.

There are clear counterarguments to be made here. Look at the BlackBerry. The habit existed — heck, they even called it a “CrackBerry.” Based on research from Gartner, RIM went from selling over 50 million devices at its peak to 4 million in 2016 — going from a 20% market share to 0.1%. It was slow-switching enterprises that kept things afloat.

AOL’s instant messenger doesn’t exist anymore. Is Gmail that much better than AOL? For some reason, “if it isn’t broke, don’t fix it” doesn’t apply. Entrepreneurs see these successes and say, “I am faster, better, cheaper, so I can become the next version. I am X meets Y.”

No. Sorry. “Field of Dreams” wasn’t right. If you build it, they will not come.

Yes, Tesla seems to have captured the hearts of innovation junkies, but the GM EV1 was first. Sold from 1996 to 1999, it was a completely electric, mass-produced vehicle. Less than 2,500 were made and the program was scrapped.

The argument many would make is that it’s an issue of timing. The EV1 was “ahead of its time,” too niche for the wider market.

What does that really mean?

Quite simply, GM didn’t solve the adoption problem. Today everyone is riding scooters, steps, and various other one- and two-wheeled transportation vehicles. Remember the hoverboard craze? The Segway was there first. It failed, in dramatic fashion.

When trying to solve the adoption problem, it comes down to a very simple question: “Why should someone use this?”

If there are good reasons as to why, then the next, and slightly ethereal, question is, “How will you get people to use this?”

Be a pragmatist. It’s not about why you are doing something — it’s about why someone else would want you to do this now. Your drive is important. It’s what keeps the company afloat and moving forward. However, it’s the end-user that matters.

Do they need this, do they already have this, should they have this?

There is a lot out there that people don’t really need, and to be honest, I don’t understand who invests in those kinds of companies. Yes, it’s easy to point out that the largest technology companies out there offer something no one really needs.

They are also the quickest to fade away.

Resourceful companies stay in front of shifts — think of Facebook acquiring Instagram and WhatsApp. The world of consumer products is finicky. Taste and preference are a stronger drive than fundamental need. It’s all about want. How you make someone want something is much more about the story you sell around the product than what it does.

Companies trying to raise funds have often planned out product roadmaps that highlight all the different features, functionalities, and “amazing” experiences. They almost never test out their assumptions on their target demographic, rarely look at the cost of acquiring users and their usage patterns, nor do they look at retention rates. Early on this is hard to figure out, but making the conscious effort to see if there is viability behind the madness goes a long way toward succeeding.

Assume somehow that is all figured out. Now a model is needed, and it must make sense not just to you but to the person you are selling to. Money is exchanged for value. It’s that simple. You need to be able to measure the value you provide and price accordingly. That’s something you must figure out well in advance, know it may change, and be ready for it.

The Truth About Mobile Technology

Robin - November 2, 2019
0
After a decade of apartment living, my husband and I finally saved up enough money to buy our first home last year....